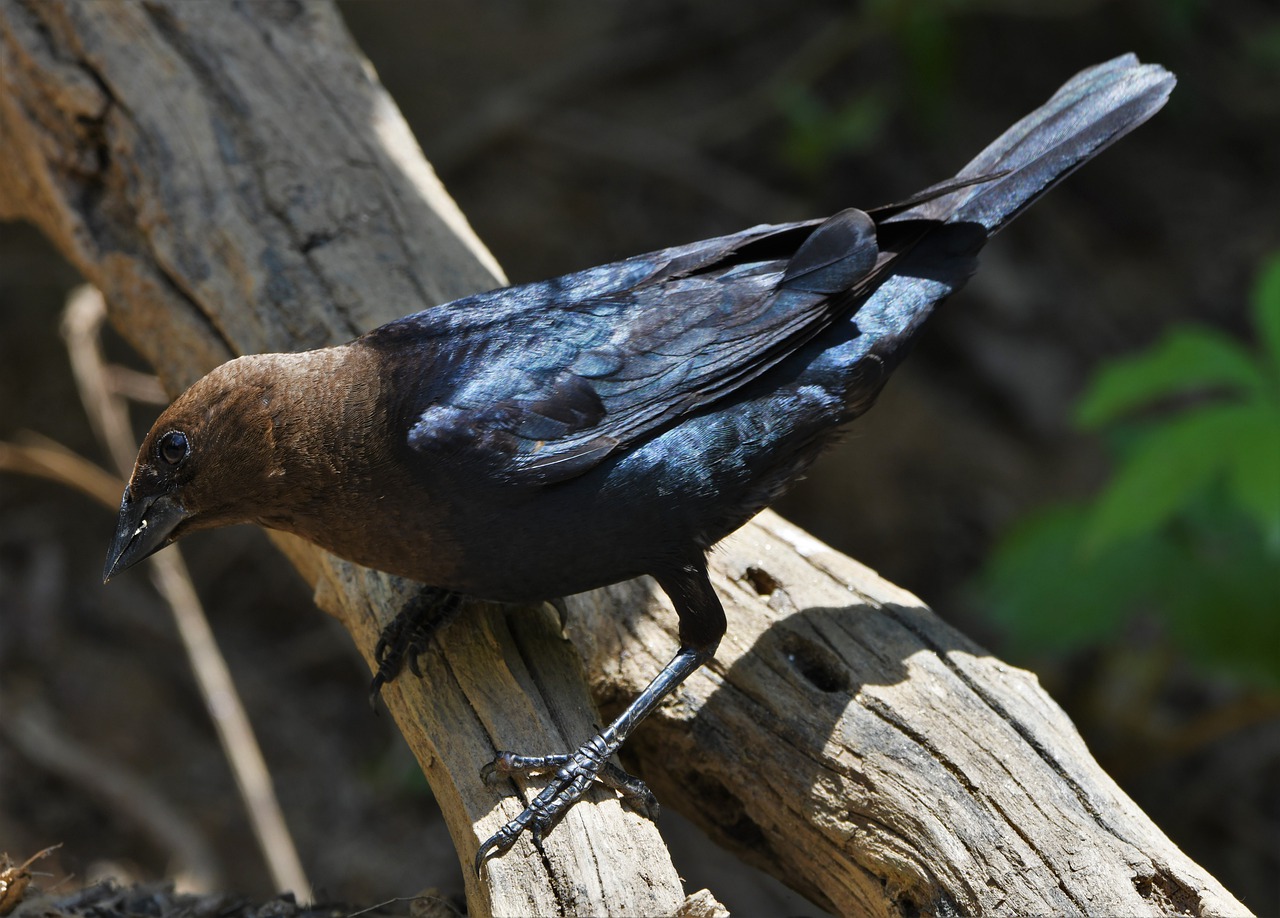 The bird is a year-round resident in the southern and eastern parts on the U.S. and a spring and summer migrant for the rest. They’re another sign of spring when they start arriving at my feeders in Minnesota. They seem to love the white millet I have out!

I don’t mind Cowbirds, personally. I don’t love when a big flock eats all my bird seed, but I usually only get a couple coming back regularly after an initial rush. They do add some uniqueness to my feeding station when they fly in and they have neat sounding calls.

However, a lot of birders despise Cowbirds.

Where does all this hate come from? It’s simple: Cowbirds are parasites. They’re also occasional Mafia bosses (more on that later).

Brown Headed Cowbirds don’t make nests of their own during mating season. Instead, they solely lay their eggs in the nests of other birds. When the baby Cowbird hatches, the parent of the nest will usually take care of it, often at the expense of their other hatchlings, as Cowbirds are bigger than other birds and require more food. The Cornell Bird Lab says Brown-Headed Cowbirds are likely to blame for the decline of other bird species like the Kirtland’s Warbler and Black-capped Vireo.

The nature of the Cowbird has led some in the bird feeding community to vilify them. Some go as far as removing Cowbird eggs from a nest if they see one.

Not only is removing Cowbird eggs from a nest illegal (Migratory Bird Treaty Act). It’s not right. Cowbirds are native species who deserve to live here just as much as we do. Experts agree that this is a natural process and if you remove a Cowbird egg from a nest, the parent birds may leave it altogether.

Removing a Cowbird egg can also lead to retribution by the parents. A 2007 study found that Cowbirds will survey nests where they lay eggs in. If they find their egg is gone, many will engage in “retaliatory Mafia behavior” – destroying the nest and any other eggs and baby birds in it. Sheeeeeesh.

By the way, Cowbirds aren’t doing what they do because they’re evil. They’re doing it to survive and carry forward. At least I hope so…who knows what they’ll do to me if they find me removing the white millet from my bird feeders when they flock to my station. I may wake up with broken kneecaps.

Anyways, I’m not telling you that we need to start a Cowbird parade and that you need to love them and try to draw them into your feeder, but interfering with nature by destroying Cowbird eggs accomplishes nothing. This is another small example of where humans need to let nature run its course. We’re constantly trying to make things better without doing any research, only to bumble around and ruin the entire situation.

I say respect Cowbirds and their eggs. Leave them alone like you would any other native bird. Otherwise…they may have to make you an offer you can’t refuse.